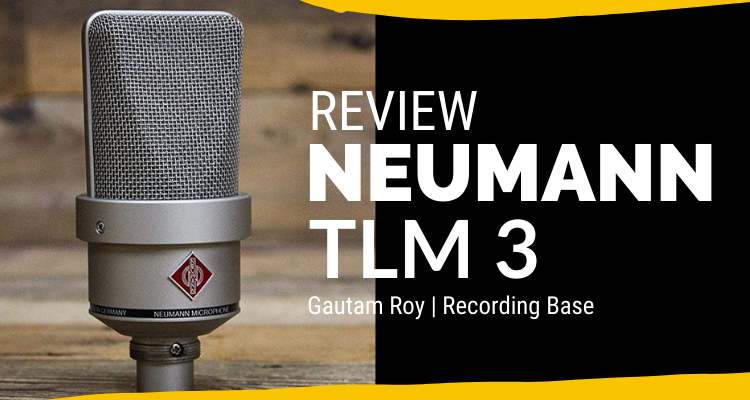 In the world of music, where the recording voice is one of the salient features which beautify the whole composition, and on top of it, what quality of apparatuses are used matters.

So, if we talk about the eminence mic, then the only one that comes to mind: Neumann TLM 103. Neumann is the brand name for the world’s highest sound quality since 1928.

The headquarter is based in Berlin. Neumann microphones undergo a vast amount of testing during manufacturing.

Chances are rare where the recording, whether classical, rock or pop, news broadcast, or radio dialogues, doesn’t feature at least one Neumann microphone.

Neumann has a wide range of studio microphones, monitors, and headphones. This large-diaphragm microphone TLM 103 has set new standards with its technical performances.

Now it’s affordable for private customers too for their home studios. Neumann TLM 103 has become the number one choice in studios around the world.

It is now known as a renowned brand when it comes to microphones, headphones, etc.

Features and Benefits of Neumann TLM 103

This microphone Neumann TLM 103 certainly worth its value as it’s very accurate and sounds great in just about any mixed situation.

Its proximity effect is nearly perfect, which gives the extra bass without being overbearing.

This microphone maintains a great impulse response and reproduces details of music and speech without colouration.

Neumann TLM 103 is more sensitive to structure-borne interference and wind noise. The resulting recording sounds as if you were there, listening with your ears.

“Universal cardioid mic” is the name better to define the TLM103 by Neumann. As “cardioid” refers to the directional pattern of the mic, the “heart-shaped” design accepts sound from the front and rejects them at the back.

Neumann TLM103 can grip any recording state as it includes a large-diaphragm condenser mic that stands out in difficult situations. It’s available in satin nickel and matte black finish.

It looks pretty simple yet elegant plastic swivel stand adaptor comes as standard. It acts as a strong foundation to cover the mic as screws work like thread covering the base and has a locking ring that helps adjust the adaptor for the finest angle to give the desired result.

Neumann has designed its microphone to be a lively doer straight out of the box.

The complete package comes with an SG I metal swivel mount and a wooden jeweler’s chest with a shaped hard foam insert which should afford a good degree of protection for the mic in storage and transit.

There are no compromises in its design which means that its appeal extends across a broad range, from professional broadcasters and recording studios to the more demanding home studios.

The Neumann TLM 103 addressed from the front, marked with the red Neumann logo on the microphone body.

The K 103 large-diaphragm capsule is based on the K 87, well known for the U 67 / U 87 microphones. About 5kHz, frequency retort the capsule structure has along with flat 4 dB enhancement.

Their capsules undergo over fifty different tests before final assembly, and Neumann prefers to manufacture their microphones through many handicrafts, and you can certainly see and feel this.

There has been significant progress in production and machine technology too.

Sound and quality of Neumann TLM 103

The polar pattern is as accurate as it can be with a large-diaphragm capsule and provides good front-back rejection combined with clean-sounding off-axis pickup.

The large wire mesh headgrille present in the capsule is to prevent plosive sounds and pop noises.

The unbeatable sound quality of Neumann TLM 103 maintains an excellent impulse response and reproduces the finest details of music and speech without coloration, and it’s very useful for fricative singers.

It produces seamless and flawless sound with pristine clarity as it has a transformerless design. To avoid noise, the internal structure is developed with elastic mounts to alleviate any other noise that can bother TLM 103. The idea is to the model perfect with sound clarity.

The frequency range reaches below 20 Hz; even very low bass signals are reproduced without coloration. It has a high SPL of 138 DB, so it can handle even the loudest singers yelling directly into it.

Neumann TLM 103 demands highly acute care, which means that one needs to be concerned with the environment recording.

Ensure that you have a quiet recording ambiance to get the most value from this microphone, as it’s prone to catch the ambient sounds even in a noisy place.

In a variety of large condenser Neumann mics, this one is not that expensive. It is very much economical with a top high brand and lasting sound qualities.

For this reason, it is recommended to buy a shock mount for this microphone. There are bundles available that include a shock mount, e.g., TLM 103 Anniversary Edition.

The base edition does not have a shock mount. If anyone wishes, TLM 103 is also accessible in the stereo set. There is also a digital version, the TLM 103 D, which features built-in A/D conversion.

My Verdict About The Neumann TLM 103

The Neumann TLM 103 is one of the top brands and high-quality microphones available in the market, and it is one of Neumann’s best-selling microphones.

It’s not only an extremely superior condenser microphone that specializes in vocal and acoustic guitars, pianos, cellos, double basses, and even violins, but that can handle any instruments too.

It is much better at picking up subtle differences and better for quieter settings. This Neumann TLM 103 is highly recommended for studio recording, singing, rapping or talking, public speaking, and live performances. Its bass response is in no way overblown.

It’s very grand in looks and cost-effective, which makes it more accessible to many people.

It sounds warm and big and never thin. It’s a top choice, as its wide frequency range with low self-noise is incomparable.

I prefer satin nickel color as it’s most associated with Neumann microphones, especially its legendary U87. The mesh grille seems a bit fragile, but it is prone to dents.

Its proximity effect relative to other condensers, resulting in a balanced sound even.

Powered by Convert Plus
STCUK WITH MIXING ??