A few years back, recordists prefer studio monitors over headphones for mixing. But, today, the scenario has changed. The rise of individual and and “on the go” recording made the recording headphones more popular these days.

In this article, I will review the newly released KRK KNS 6402 Mastering and Mixing Headphone. KRK has already two mixing and mastering headphones; KNS 6400 and KNS 6800, which they have launched in mid-2016.

KRK KNS 6402 is the improved version of KRK KNS 6400 mastering and mixing headphone.

So let’s start the review.

KRK KNS 6402 is the improvised version of KRK KNS 6400. The company claims that this headphone is built for mixing and mastering purposes.

We’ll see if it’s true or not in the later sections of this article. But first, let me introduce this headphone to you.

No doubt, KRK KNS 6402 is highly durable and perfect for mobile applications such as field recording. The impact-resistant plastic construction gives it durability and makes it lightweight as well.

The 122 dB Max Peak SPL is far higher than any other headphone in the same range. Well, it’s another debate that we need that high SPL on headphones or not. After all, mixing in low volume is recommended by the mix engineers to avoid the Flecher Manson curve effect.

KRKSYS also claims that it’s very responsible to low ends with 10Hz – 22kHz frequency response. However, when I tested at low ends, it’s not so effective below 50-60 Hz. However, you will listen to the low end below then 50 Hz but not so effectively so that you could mix.

To minimize the outside noise and make it wear comfortably, KRK KNS 6402 has Acoustic Cellular Foam. It works great outside.

The noise cancellation feature of this headphone is effective up to 26 dBA. that means it cancels the background noise up to 26 dB, which is excellent for environments like parks etc. Also, this ambient noise isolation prevents the bleed over the headphone when used as vocals or instrument monitor during recording.

But don’t try to mix your songs in between the traffic 🙂 otherwise, the noise cancellation would not work.

The 40mm Neodymium transducer powers it up to provide you with the SPL up to 122dB. The headphone connector is 1/8″ in size and gold plated for better conduction to minimize signal loss.

This headphone features a self-aligning yoke system that ensures the best possible fit when you wear it on your head.

Now, let’s see the features of the KRK KNS 6402 headphone.

In this section, I will discuss all the features you will get in KRK KNS 6402 headphone.

KRK SYS claims that this headphone delivers the frequency response from 10Hz – 22kHz, which is an exceptionally wide frequency range compared to the same price range headphones.

However, according to my, the low frequency is not equal to mids and highs. Well, you will listen to the low ends but not as prominent as mids and highs. But it’s okay when you are mixing with headphones.

The build quality is excellent and long-lasting. There is an impact-resistant composite plastic material used to build this headphone, so it’s shockproof and does not break if you drop it from a foot above.

However, the material does not guarantee internal component protection. So, I would suggest always handle with care any recording equipment.

The one common obstacle that occurs when recording and mixing with headphones is discomfort because you have to wear them on your ears. Producers always complain that they can’t work for long hours with headphones.

Well, KRK SYS provides a good solution to this problem.

To give extra comfort to your ears KRK KNS 6402 has acoustic cellular foam pads with leatherette covers. This foam will help you to work for long recording and mixing sessions. Also, the nominal pressure of this headphone over your head is 4N (Average Head Size) so you will feel less pain than other headphones.

Another great feature of KRK KNS 6402 is its high SPL. However, I always suggest mixing in low volumes but sometimes you need high volume. That’s where the 122dB SPL of this headphone will amaze you.

This headphone has 122dB peak SPL without any significant distortion with sensitivity(1mw) of 95dB. The company highlights this feature because most of the same range headphones do not have that high SPL.

KRK KNS 6402 is capable of canceling noise Up to 26 dBA. That means it will reduce the external noise and also won’t bleed into the mics when recording vocals.

When you are mixing with headphones, external as well as internal noise cancellation is very important otherwise you cannot mix preciously.

Well, KRK KNS 6402 has excellent ambient noise isolation which not only cancels external noise but reduces the reflections that occur inside the wall of the headphone cup. So you can use it with recording and mixing as well.

Well, you know the dynamic range is how much important in mixing. So, the company would have to be clear about the exact dynamic range of this headphone.

Self-aligning yoke system is a common feature in high-end headphones so there is nothing special to tell you about this. This feature lets you adjust the headphone to the best possible fit.

Driver is the most important mart of a headphone. A cheap driver can’t produce high-quality and flat sound to mix. Well, this headphone features a 40mm Neodymium driver that delivers frequency response from 10Hz – 22kHz and up to 122dB SPL.

As aspected, this headphone comes with a Gold-Plated Stereo 1/8″ (3.5mm) connector with a screw-in adapter (fitted). You will also get a protective soft bag and anti-microbial cleaning cloth along with the user manual.

As I have told you above, it’s excellent in mid and high frequencies but not so good in low ends. However, you can preciously mix a 50Hz kick drum and 200Hz bass line, but below 50Hz the low end is not so prominent.

Compared to other same range headphones, you will, however, get some extra headroom. That’s where I realized that the company claims its good dynamic range.

It’s a bit more sensitive to low volume mix than other headphones.

You can use it in stereo imaging and other critical listening applications. But don’t expect it replacement for your monitors.

It can help in some common works such as stereo imaging, adding accurate effects, etc, but I suggest using it with a good set of studio monitors to get out the most from your mix.

I experienced it quite comfortable to wear for a whole long mixing session, thanks to the acoustic cellular foam pads with leatherette covers and self-aligning yoke system.

Well, I didn’t try to drop it to check the build quality so I would not suggest you do that but the composite plastic that is used to manufacture KRK KNS 6402 is a hard material and would be like long-lasting material.

Is it Built For Mixing?

I know you are wondering that is it suitable for mixing? The company is marketing it as a mixing headphone. But, is it really good in mixing?

No doubt, it’s built for mixing purposes, but you can’t just rely on this. Mixing is a vast field and needs a bunch of hardware, software, and experience.

So, any hardware alone cannot give the best results. You have to use other hardware too to get the desired results. In the case of sound monitoring, you should always have a pair of studio monitors along with good-quality headphones like KRK KNS 6402.

Headphones help you to listen to subtle differences in the audio which is very important for mixing. KRK KNS 6402 has a wide frequency range that lets you listen to these subtle frequencies.

It helps you to fine-tune the effects, stereo/surround sound, and automation.

So, if you ask me is KRK KNS 6402 ideal for mixing? Then I would say, yes if you use it with a good pair of studio monitors.

If you want to learn why I recommend using headphones and studio monitors together, then you should check out my article, Mixing With Headphones Or Monitors?

Should You Use KRK KNS 6402 in Mastering?

Now, the next question is; Should you use KRK KNS 6402 for mastering purposes?

The answer varies according to your needs and expectations. If you want industry-standard quality then I would always suggest you hire a mastering studio.

These studios have costly hardware that is required to master a song as per industry standards.

But it would be satisfied with 90-95% quality standard then you can do it in your home studio with the help of a good audio interface, a good mastering software like iZotope Ozone, and a good pair of studio monitors and headphones.

KRK KNS 6402 fits well for your mastering needs. As it has a high SPL up to 122dB peak and a wide frequency range, you can use it for mastering purposes along with studio monitors.

But keep a cheap pair of stereo speakers to listen to the final audio, because in the end, it is going to be played in cheap speakers.

I have mentioned above, KRK KNS 6402 is a closed-back headphone and features acoustic cellular foam pads with leatherette covers that prevent your listening from external noise as well as reduces the internal sound go outside from the headphone.

The sound canceling level of KRK KNS 6402 headphone is up to 26 dBA. So yes, you can use this headphone for monitoring purpose.

Now, let us see the pros and cons of KRK KNS 6402 headphone.

My Verdict about KRK KNS 6402 Headphone

Well, above you have learned about KRK KNS 6402 headphone. The company claims that it’s specially built for mixing and mastering purposes.

Though its performance is better than other same range headphones, I don’t strongly recommend this headphone for solely mixing purposes.

If it was an open-back headphone and the low end was prominent then I would suggest this for mixing and mastering but it is a closed-back headphone. However, its epic noise cancellation is really good and considerable.

By the way, if you are using these headphones in combination with studio monitors then it will work like a charm.

I hope, this review would help you in deciding, if KRK KNS 6402 headphone is built for you or not. Don’t forget to share this review on social media so that others could get benefit from it. Comment below if you have any doubts about this review.

And also check out my other articles. 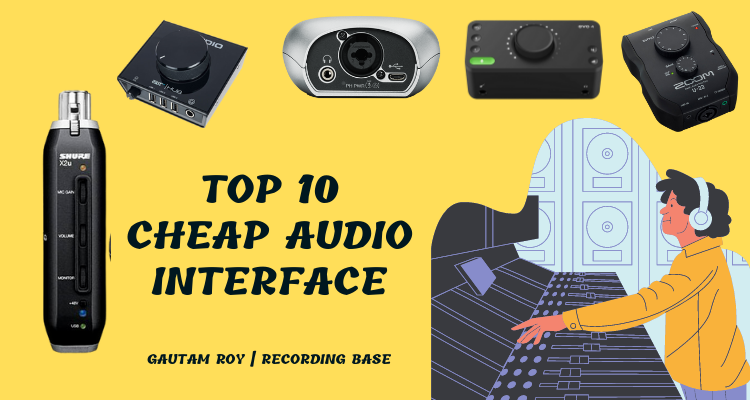 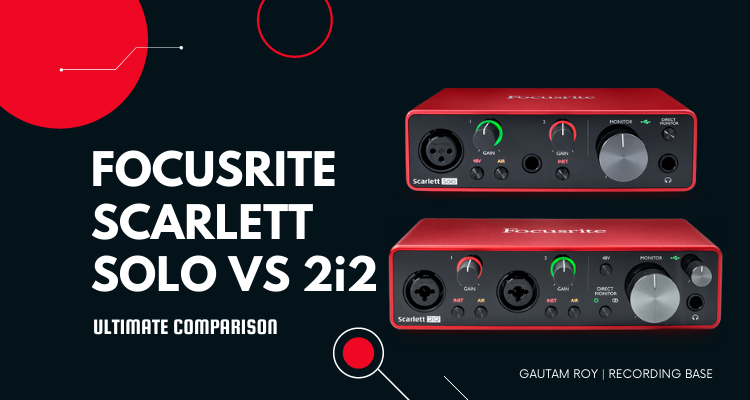 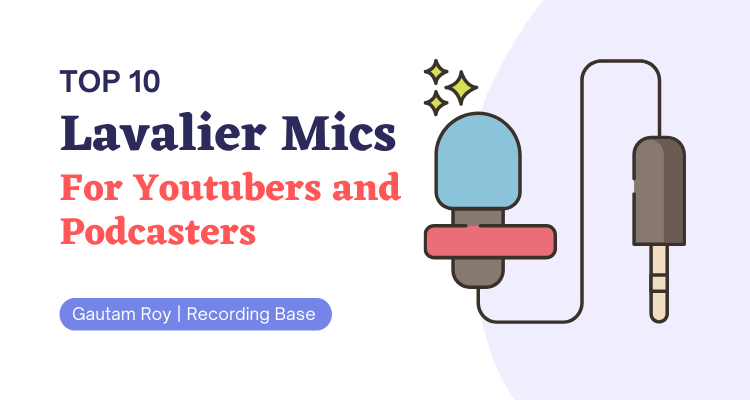 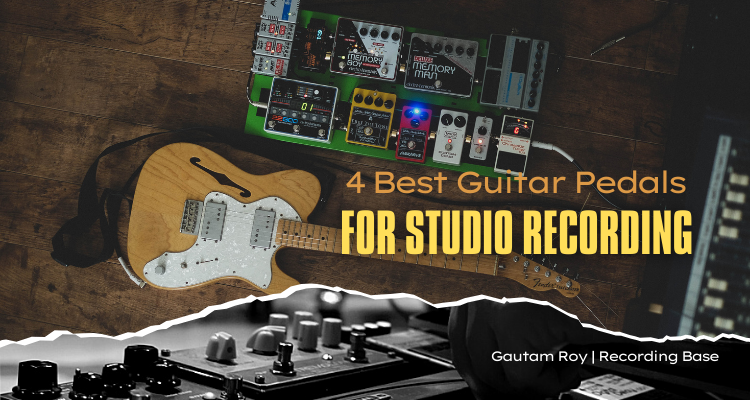 Some of the links on this website are affiliate links to the products from Amazon, PluginBoutique and other websites. That means, at no additional cost to you, we’ll earn a commission if you click through and buy any product recommended by us.